Driving Too Close Behind Cars

Ask any driving instructor, and they will tell you that the most common example of dangerous driving they encounter during lessons is that of other cars driving too close behind a learner displaying 'L' plates.
Despite the fact that all of these so called 'experienced' drivers were once learners who needed time to become confident in their skills, they intimidate other learner untill one day they are involved in an accident, and then try to blame the learner for stopping or braking harshly!. 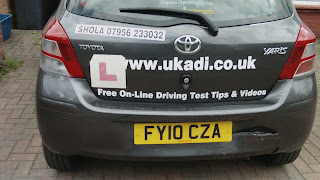 If you are that a good driver, then it shouldn't be a problem overtaking a slow moving vehicle, rather than driving dangerously by tailgating them.

Let's have a look at the advise given by the highway code to all drivers: 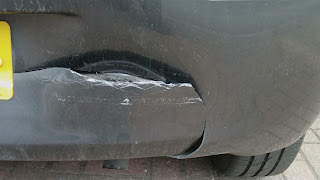 If you follow this simple advice, then you will NEVER hit a learner from behind no matter how suddenly they stop.

Rule 144 states:
You MUST NOT
•drive dangerously
•drive without due care and attention
•drive without reasonable consideration for other road users
[Law RTA 1988 sects 2 & 3 as amended by RTA 1991]

Notice that the 3 things above are not requests, but actual requirements of the law, so not giving reasonable consideration to learners is something you could be penalised for.

Highway Code Rule 147 Be considerate. Be careful of and considerate towards all types of road users, especially those requiring extra care (see Rule 204). You should
•try to be understanding if other road users cause problems; they may be inexperienced or not know the area well
•be patient; remember that anyone can make a mistake
•not allow yourself to become agitated or involved if someone is behaving badly on the road. This will only make the situation worse. Pull over, calm down and, when you feel relaxed, continue your journey
•slow down and hold back if a road user pulls out into your path at a junction. Allow them to get clear. Do not over-react by driving too close behind to intimidate them.

Learners and inexperienced drivers. They may not be so skilful at anticipating and responding to events. Be particularly patient with learner drivers and young drivers. Drivers who have recently passed their test may display a ‘new driver’ plate or sticker.

Accidents do not just happen, they are usually caused by inconsiderate or lack of paying attention while driving. It can be a pain sometimes driving behind a learner, but they do not drive slowly on purpose, they are inexperienced and sometimes fearful, and being patient is the best way to deal with them. You have no excuse if you hit a learner from behind, and I WILL in all cases make a FULL claim from anyone who hits my vehicle, no matter how small the damage.

If you require high quality affordable driving lessons from a very helpful, patient and fully qualified instructor, then why not call or send me a text message on 07956233032

Thinking about becoming an instructor? Don't just make a decision based on the red driving school TV advertisement, do the proper research and know all the ADI training options available to you.

Subscribe to my Driving Test Tips so you don't miss any future articles and get DSA updates direct to your inbox by Email. The service is provided and powered by Google Feedburner, so I don't personally keep your email addresses, and you can remove yourself anytime after passing the driving test with just one mouse click, you can also follow UKADI on twitter or join my UKADI Facebook page.
Posted by Shola